The Essence of Celebrating Festivals in India

Indian has more the 200 ethnic groups living here. Each with their individual and diverse culture and unique set of beliefs, there is a celebration around the corner, at regular intervals. This is what makes India diverse, culturally rich and an experience in itself. With festivals, the country becomes a wonderful riot of rituals, dances, songs, cuisines and traditional attires.From East to West, North to South, each corner of the country is steeped in rich and ancient history about why is a particular festival celebrated.

Towards the East, among many of the Festivals celebrated, perhaps Durga Puja takes precedence takes over most. It is a day when Kolkata turns out its most artistic pandals in full display. This 10-day celebration witnesses women and men, dressed in the best of the attires. Pandal hopping and eating Bhoj, which is either deep fried and fluffy luchis and ghuguni (puris and pea curry) and Bengali Khichari is the thing to do during Durga Puja. Art and culture are out for everyone to see in full force. Durga Puja is the celebration of Ma Durga, as she kills Mahisasur. This is celebrated in Punjab, Gujrat and Maharashtra as Navratri too. The essence of this puja is to assert the power of a woman in the form of Goddess Durga, as she rides her lion as her stead.

Further down towards the extreme east lies the Garo hill surrounded scenic Northeastern regions. Inhabited by people of Sino-Tibetan origin, the Northeastern culture is tribal with Assam as the only plain. Bihu is synonymous with this region, which is dominantly an agrarian society. It is the celebration of a good year of paddy crop. The celebrations here is in reverence to Mother Earth and nature for a good year. 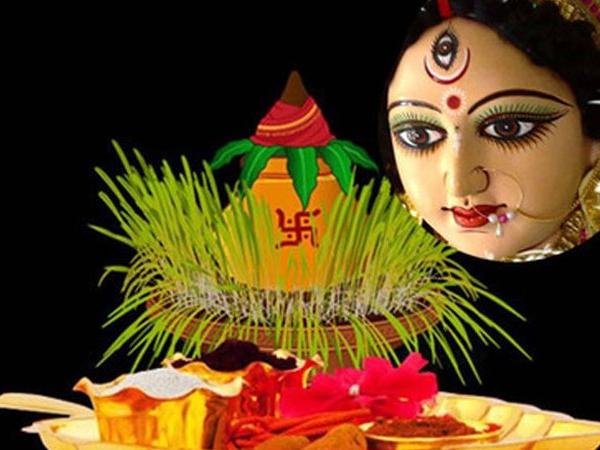 Towards the western parts of India, lies the major state of Rajasthan and Maharashtra. Known for its artistic architecture and royal bearing, one of the major festivals of Rajasthan is the Gangaur festival. A woman-centric festival, the essence of this festival is to worship Lord Shiva and Parvati. The womenfolk of Rajasthan bring in Gauri, Lord Shiva’s wife, into their homes. Close on the heels of Ganguar, comes the Mewar festival, during which Rajasthan turns into a hue of colours. The colours are representative of the fact that this is a festival to welcome spring.

Further down west is Gujrat, where the celebration of Navratri is a fare to the eyes. Another festival from here is the unique Kite festival. Colourful bits of papers, flutter like birds in the sky and compete with hundreds of other kites, of various artistic creation. The soaring kites signify the progress of the state along with its unity amid differences, just like the colours.

Up North, Diwali and Lohri are festivals that are most popularly known. Diwali is the celebration of good over evil. Beginning with Lakshmi puja and seeking the blessings of the Goddess of wealth and prosperity, the celebrations it flows into the festival with try snacks for Diwali. Lohri, another well-known festival of Punjab, is celebrated during the harvest season. This festival coincidently is celebrated simultaneously with Bihu. At the crux of celebrating Lohri lies a gratitude for a good year of farming.

Towards the South, the main festivals are Onam, Pongal and Ugadi. Each of these festivals has their own significance. Onam, celebrated in Kerela, is a feast for the eyes. Beautiful and elaborate flower rangolis are created on this day to show King Mahabali, who is believed to come up to Earth on this day from his dwelling in Patal lok. He is believed to come to witness the well being of his subjects. It is also a tribute to the agricultural success of that year.

Pongal is celebrated in Tamil Nadu. Pongal literally means that to “boil over”. It is considered auspicious if the boiling milk spills over. Ugadi from Andhra Pradesh is the celebration of new year.

Celebrations are a way of life in India. Uniting the country as one, in its expanse of diversity, Indian festivals pay homage to nature, the sustaining force of survival. The belief of the Indian system is, that God takes human forms to live amidst us to teach us valuable lessons is not yet lost.

Disclaimer – “Views expressed in the blogs, are exclusive thoughts of the author and are not necessarily
aligned to Vilina Refined Oil’s policies”.